On January 5th, 2017, the 2016 Gaogong LED Annual MeetingÂ·Golden Ball Awards Ceremony and the 10th Anniversary of the High-yield Industry and Research (2006-2016) celebration hosted by Gaogong LED were held in the theme of â€œLooking for the Future of LEDâ€. Shenzhen Long restarted the curtain. 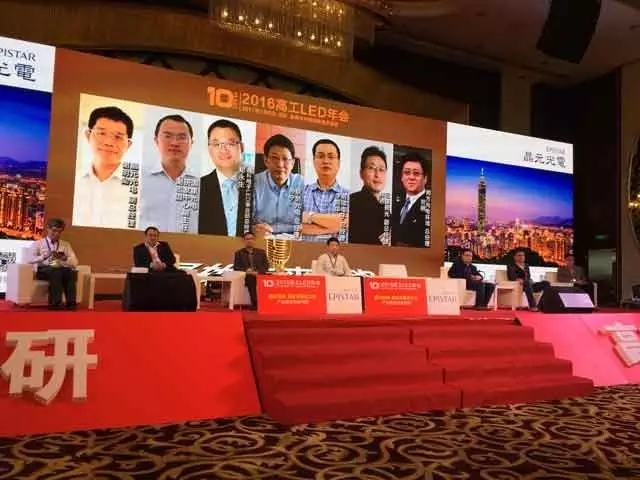 Question 1: The current industry price increase has become a trend. Is the price increase reasonable? Is this the industry's recovery or shuffling effect?

Guo Xingguang Xie Mingxun said that this is the normal development law of the industry. Enterprises without profit will inevitably be eliminated. From the perspective of industrial development, they will certainly experience price wars. After technological upgrading, scale development, and finally into the elimination phase, to the end. With only a few survivors left, the price will stabilize. For upstream companies, it is reasonable to have a gross profit of 10%.

Liu Gang, general manager of Tongfang Optoelectronics, said that the issue of raising prices and guaranteeing reasonable profits is because the investors and managers of the company need to guarantee a certain profit margin. In addition, from the industry average, the net interest rate after tax is controlled at 8. % is reasonable.

Xie Zhiguo, deputy director of Guoxing Optoelectronic Technology R&D Center, said that due to the price increase of upstream chips, the midstream package was forced to increase prices, because even if the market developed better, enterprises also expanded their production, but many companies were on the verge of loss.

Guoxing Optoelectronics will also appropriately transfer the pressure of rising raw materials to the downstream market, which is controlled by about 5-10%.

Zheng Yongsheng, general manager of Jingke Electronic LED Business Unit believes that the price of raw materials from the most upstream should be transmitted in layers, because the entire industry chain must guarantee a certain profit, otherwise the enterprises can not continue. At the same time, enterprises must further reduce costs through technological innovation to ensure quality and after-sales.

Sun Ning, president of Lianchuang Optoelectronics, pointed out that the price issue involves three levels: one is the change in supply and demand, and the other is the change in market segments. The third is the price increase of raw materials. The market price trend should be wave after wave and eventually tend to be flat. Each company has a different gross margin than each market segment.

Li Zhaohua, general manager of Mingwei Electronics, pointed out that it is expected that product prices will rise after the Spring Festival, which is an inevitable trend and is expected to be around 10%. He believes that price increases are a good thing, and the future market, especially the lighting market, is not winning by price, but should win by quality.

Lin Yan, deputy general manager of Sanxiong Aurora, said that the lighting industry has experienced nine price increases so far, and 2016 is the highest increase. Sanxiong's suppliers are very stable, and suppliers are also under some pressure in the trend of price increases.

He believes that when the prices of raw materials and products tend to be within a reasonable range, the upstream and downstream industry chains must ensure a reasonable increase.

Question 2: Will the integration of upstream, midstream and downstream industries form a supply chain camp?

Xie Mingxun said that the integration of the industry will inevitably turn into a situation of camp confrontation camp. For the wafer, the camp starts from the terminal and forms a camp from the application reverse alliance partner.

Zheng Yongsheng said that the camp exists, and Jingke Electronics mainly chooses specialized partners. As the packaging company is in the middle of the game, it is affected by the upstream price and the terminal price, and it is guided and coordinated in the middle, and more is handled through technical solutions. There is actually no price increase for the end customer.

Zhang Xiaofei concluded that it is not everyone's soaring in 2017. Second, the middle and lower reaches of the entire industry chain will reduce unnecessary costs, such as labor costs and management costs, through negotiation and exchange.

Xie Mingxun said that downstream applications will not be too concentrated.

Xie Zhiguo believes that there will be an increase of about 30% in concentration. The reason is that several major brand lighting companies have withdrawn from the Chinese market. Several domestic companies will fill this market, and the industry will accelerate integration in the next few years.

Lin Yan said that the application market will double in the next year. Liu Gang also said that enterprise integration will continue and concentration will increase.

Zhang Xiaofei finally said that the law of the strong Hengqiang will become more apparent in the future. Opp, Sanxiong and many other listed companies will continue to expand in various ways, including mergers and acquisitions.

They will not stay at the current production value, they must go to various sub-sectors to expand, and expand the scale and marketing scale on standard products. The big one is Evergrande, and the degree of concentration is bound to increase. Be wary of the danger of boiling frogs in warm water.

HDMI, English full name is High Definition Multimedia Interface, Chinese name is the abbreviation of High Definition Multimedia Interface. In April 2002, Hitachi, Panasonic, Philips, SONY, Thomson, Toshiba and Silicon Image joined forces to form the HDMI organization. In China, Zhaolong and Akihabara are HDMI standard advocates and technology leaders. HDMI can transmit uncompressed HD video and multi-channel audio data in high quality, with the highest data transmission speed of 5Gbps. At the same time, there is no need to carry out digital/analog or analog/digital conversion before signal transmission, which can ensure the highest quality of audio and video signal transmission.