In the past two decades, due to the rapid development of communication technology, computer technology and network technology, the field of industrial automation control has been rapidly improved and reformed. Automation engineers not only boldly apply this new technology to industrial practice. At the same time, there has been a fierce debate in the academic field, and its focus is nothing more than:

After nearly two decades of debate, the fieldbus has been finalized. The eight buses are summarized in an international standard of IEC 61158. The generation of this standard is not only a comparison of the application of technology, but also the economic interests of countries. The standards are incompatible with each other and become an international standard without uniform standards. It seems that the pure technical standards of OPC are obviously not feasible in the TC 65 committee. At the same time, the debate between PC-based controllers and PLC controllers has been held for more than a decade, and the PLC controller manufacturer expressed support for the development of PC-based controllers, but more of a wait-and-see attitude, while PC-based The new development plant of the controller has been at a disadvantage due to its small scale, small market and shortage of funds. Only when waiting for the awakening of large companies will a new situation emerge. The only thing that is gratifying is that the International Standards Organization does not use one or several controllers as an international standard, but also leaves a glimmer of hope for those who are engaged in automatic control, and strives to engage in new technologies and new products. Recently, new signs have emerged in the field of PC control technology. The new industrial controller dispute is about to unfold, that is, the dispute between PAC and PLC. The origin of this new debate is precisely related to the application and development of industrial Ethernet technology in the field of control. . 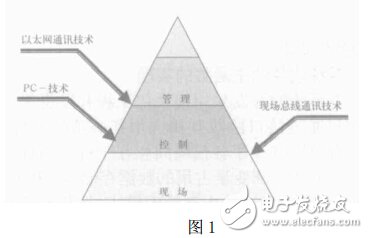 Profibus and Interbus develop into ProfiNet

IEC 61784 does not exclude the addition of new technologies

We have established ourselves as a renowned manufacturer, exporter and supplier of an extensive array of Outdoor Solar Lights, also provide services of LED Street Light. These street lights are designed and manufactured using quality tested raw material in compliance with the clients' requirements. LED Street Lights are used in street lighting, path lighting, grounds, parks, courtyards, playgrounds etc. These are available at comprehensive prices in the market.Owing to our domain expertise, we are engaged in offering Solar integrated The offered solar integrated street lights is made with a determination of providing lighting  These integrated lights are easy to install and low maintenance cost. Moreover, these solar integrated lights are functioned with batteries which are charged by a Solar Panel.