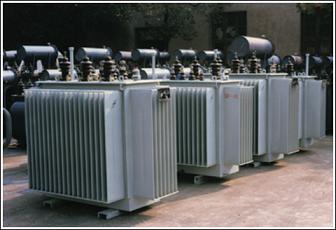 Power transformers are the key electrical equipment for power transmission. Transformer losses account for 30% to 40% of the power grid losses, while all transformers in China account for more than 2% of the national power generation. Reducing the loss of transformers and improving the efficiency of power transmission and transformation are issues that are currently of concern to all countries in the world. They are also the focus of government agencies and power consumers at all levels to grasp the energy saving of industrial products. On November 6, 2012, Zhang Lingyu, head of EU-China Energy Saving Transformer Promotion Project Group, expressed at the 2012 International Forum on Transformer Energy Efficiency. At the same time, many enterprises on the forum reported that problems such as backward standards, overcapacity, and market chaos have also emerged. How to continue to promote the development of energy-saving transformers has become the focus of the industry.

During the 11th Five-Year Plan period, benefiting from the vigorous development of the power industry, the transformer industry maintained a sustained and stable growth. According to the data released by the China Electric Power Enterprise Association, in 2010, the countryâ€™s newly-added infrastructure power generation capacity was 91.27 million kilowatts, and the national power generation equipment capacity was 96,219 kilowatts. During the Eleventh Five-Year Plan period, the countryâ€™s total installed capacity of electric power continued to exceed the 600 million, 700 million, 800 million and 900 million kilowatts mark, with an average annual growth rate of 13.22%, which met the strong demand for electricity generated by economic development. At the same time, the rapid development of China's power construction, the rapid increase in the demand for transformers, leading to a considerable part of the domestic transformer enterprises to quickly expand production capacity, and even double the capacity of individual enterprises. According to statistics, there are about 1,500 transformer manufacturing enterprises in China, with an annual production capacity of about 3 billion kVA, and in the past three years, the annual demand for transformers in China is at most about 1.5 billion kVA.

However, at present, the overcapacity leads to fierce competition. Many companies have turned into a vicious cycle of low-cost bids. The decline in the quality of transformer products and the increase in the accident rate have often been criticized by the industry. Under the fierce competition environment, the economic benefits of domestic transformer enterprises have been significantly reduced. At the same time, the market for energy-saving distribution transformers has been scattered, and the quality supervision of some products has not been sufficient. As a result, some companies with poor quality and small capacity have made indiscriminate commitments and arbitrarily quoted prices. By means of cutting corners and producing materials, the quality of products is uneven, disrupting normal market order and bidding order. Many companies are on the verge of loss or bankruptcy, and face the fate of mergers and reorganizations; some companies have begun to take overseas routes, export products, and build factories abroad; some companies have begun to develop new, energy-saving, environmentally friendly, and intelligent products.

At present, there is a lack of unified definitions and defined standards for energy-saving distribution transformers. It is urgent to define the definition of a unified energy-saving Distribution Transformer and define its substantive technical indicators. These indicators should be quantified and refined as much as possible, and in particular, they must be operable. Further improve the national standard for energy-saving transformers and keep up with the international pace.