To reduce design time and eliminate uncertainty, Table 1 provides reference values â€‹â€‹for typical gain, component values, and performance parameters. The power supply voltage used is 5 V. The bandwidth is obtained at a small signal output of 200 mV pp and the slew rate is obtained at a 2 V output step. Note that as the gain increases, the small signal bandwidth decreases, which is consistent with the gain-bandwidth product. In addition, the higher the gain, the larger the phase margin, and the more stable the amplifier becomes. Therefore, the peaking of the frequency response is reduced (see Figure 1). 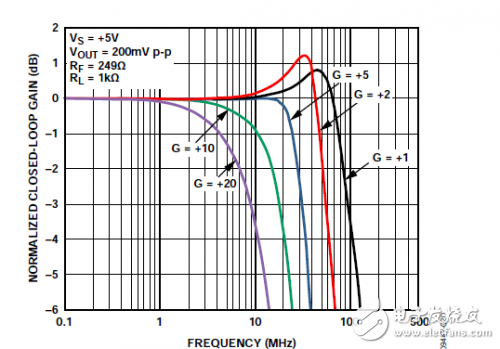 Figure 2 uses the ADA4896-2 and ADG633 to build a low noise gain selectable amplifier to drive a low resistive load.

The gain selectable amplifier supports the processing of a variety of different input signals. A conventional gain-selectable amplifier uses a switch in the feedback loop to connect the inverting input. Switching resistors reduce the noise performance of the amplifier and add a large amount of capacitance to the inverting input node. Noise and capacitance issues are especially troublesome when using low noise amplifiers. In addition, switching resistance can also cause annoying nonlinear gain errors. Figure 2 shows an innovative switching technique used in a gain-selectable amplifier that maintains the 1 nV/Hz noise performance of the ADA4896-2 while greatly reducing nonlinear gain errors. With this technology, the user can also choose the switch with the smallest capacitance to optimize the bandwidth of the circuit. In the circuit shown in Figure 2, the switch is implemented using the ADG633, configured with S1A and S2A turned on, or S1B and S2B turned on.

Since both the input amplifier and the output buffer are single-chip devices, the relative offset of their bias currents can be utilized to eliminate these offset variations. A more stable offset voltage can be obtained by connecting a resistor of the same magnitude as RF2 to RF1 in series with switch S2A. The following derivation formula shows that sampling at V1 produces the required signal gain with no gain error. RS represents the switching resistance. V2 can be derived using the same method.

Equation 1 Note that if V01 produces the desired signal gain and no gain error, the buffered output V02 also has no gain error. Figure 3 shows the normalized frequency response of the circuit at V02. 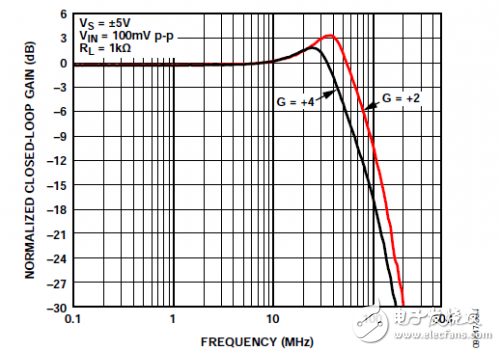 The ultrasound system mainly includes two operations: time gain control (TGC) operation and continuous wave (CW) Doppler operation. The AD9279 integrates the key components of these two operations into one IC with an 8-channel variable gain amplifier (VGA), a low noise preamplifier (LNA), an anti-aliasing filter (AAF), and an analog-to-digital converter. (ADC) and I/Q demodulator with programmable phase rotation. See the AD9279 data sheet for details on how to use the AD9279 in an ultrasound system.

The ADA4896-2/ADA4897-1/ADA4897-2 offer rail-to-rail output and high output current drive, making them ideal for current-to-voltage converters, current adders, and ADC drivers. Figure 4 shows the interconnection block diagram for all eight channels of the AD9279. Use two stages of the amplifier ADA4896-2. The first stage performs current-to-voltage conversion and filters the high-frequency components generated by the demodulation process. The second stage is used to summarize the output current of multiple AD9279 devices to provide gain and drive the AD7982 18-bit SAR ADC. The reduced-to-output noise of the CW signal path depends on the LNA gain, the choice of the first stage summing amplifier, and the RFILT value. To determine the noise to the output, you must know the RA, RFILT, and CFILT values â€‹â€‹of the active low-pass filter (LPF).

Typical filter values â€‹â€‹for all eight channels of a single AD9279 are: RA is 100 _, RFILT is 500 _, and CFILT is 2.0 nF; a 100 kHz single-pole low-pass filter is now available. By increasing the filter resistance RFILT, the gain of the current-to-voltage converter can be increased. In order to keep the corner frequency constant, the filter capacitor CFILT should be reduced by the same ratio. The factors that limit the gain amplitude are the output swing and the load drive capability of the current-to-voltage converter (in this case, the ADA4896-2/ADA4897-1/ADA4897-2). Any amplifier has limited drive capability and can only drive a limited number of channels.

With the continuous development of technology, Led Video Wall has been widely used in various industries. Video wall is very general, suitable for any application and environment.

LED video wall is composed of many Led Display screens. Small space LED video wall has become the standard display technology for most indoor video screen applications, which is used for entertainment, notification and advertising. Small space Led Display Screen has high definition, fine quality, clear resolution, image and content. Led high-definition display can be designed as cylindrical, concave or oval in the building, enhancing the aesthetic feeling and atmosphere.